“We couldn’t be prouder,” stated Bristol Mountain General Manager Dan Fuller. “Congratulations to both Chris and Dylan on this incredible achievement after many years of hard work. We can’t wait to cheer for them in Beijing!”

Chris Lillis started taking lessons at Bristol Mountain when he was 5 years old. By the age of 7 he decided to follow in his older brother’s footsteps and join the Bristol Freestyle Team. He quickly excelled in many aspects of freestyle skiing but especially jumping. He qualified his backflip by the age of 10 at the water ramps in Lake Placid. He joined the Elite Aerial Development Program in Lake Placid when he was 14 and at the age of 17 became the youngest male to win a World Cup Gold Medal in Freestyle Aerial Skiing. Chris has a U.S. National Championship title, multiple World Cup Medals, and last season he won a Siler Medal at the World Freestyle Skiing Championships with one of the highest scored jumps ever recorded in the sport.

Dylan Walczyk started with the Bristol Freestyle Team as a mogul skier at the age of 8 back in 2002. His skiing and jumping skills were evident almost immediately as his progression during his first year on the team was remarkable. By 11 years old he was regularly winning events finishing ahead of boys that were 5 years older than him. At the age of 14 he moved to Colorado with his family to continue his training. In 2013 at his first World Cup he took a Bronze Medal. During his career he has multiple World Cup Medals, 4 World Championship appearances (event is held every 2 years), and is the only athlete to win the FIS NorAm Tour 3 times. Dylan has dedicated 20 years of his life to represent the USA at the Olympics and his dream has finally come true.

Photo Below of Chris Lillis and Dylan Walczyk - 2006 - Bristol Mountain 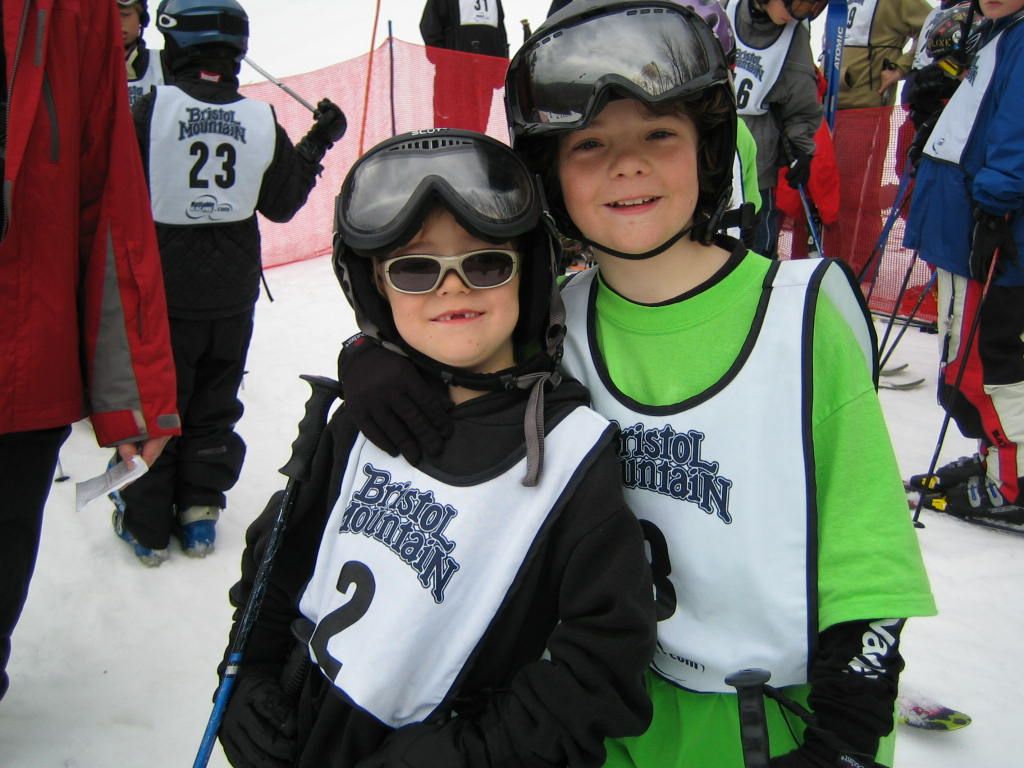