Bristol Mountain is proud to announce that a father and son from the Bristol Mountain Ski Patrol were awarded 2020 Eastern Division Outstanding Awards and were both named Runner-Up for the 2020 National Award in their respective category.

Erik Edelstein (Age 18, Rochester, NY) was awarded the 2020 Eastern Division Young Adult Patroller of the Year and was the Runner-Up for the 2020 National Ski Patrol Young Adult Patroller of the Year. Erik was recognized for his drive and motivation to serve the public and patrol, his willingness to seek and acquire advanced training, his demonstrated excellence in patroller skills, and his exceptional work ethic. Off the hill Erik is a straight A student who has aspirations for a career in Environmental Conservation and Law Enforcement.

Peter Edelstein (Rochester, NY) was named the 2020 Eastern Division Outstanding Volunteer Patrol Representative of the Year and was the 2020 Runner-Up for the National Volunteer Patrol Representative of the Year. Peter was recognized for his work serving as Bristol Mountain’s Patrol Director and his exceptional leadership of a large, diverse patrol at a busy mountain resort. His desire for safe enjoyment of skiing and boarding by all, organized management style, and good-natured support of colleagues have made Bristol Mountain Ski Patrol stronger for his service.

“We are lucky to have this father-son duo serving as members of the Bristol Mountain Ski Patrol” stated Bristol Mountain General Manager Dan Fuller. “We are honored that their commitment to service has been recognized at a national level.”

In order to be selected for these awards patrollers must place first at a regional level. After winning their region patrollers are eligible to be submitted to the Eastern Division, which is made up of 15 different regions. If you place first in the division you can be submitted for national consideration. There are 10 divisions, 650 patrols, and 31,000 members in the National Ski Patrol Organization. 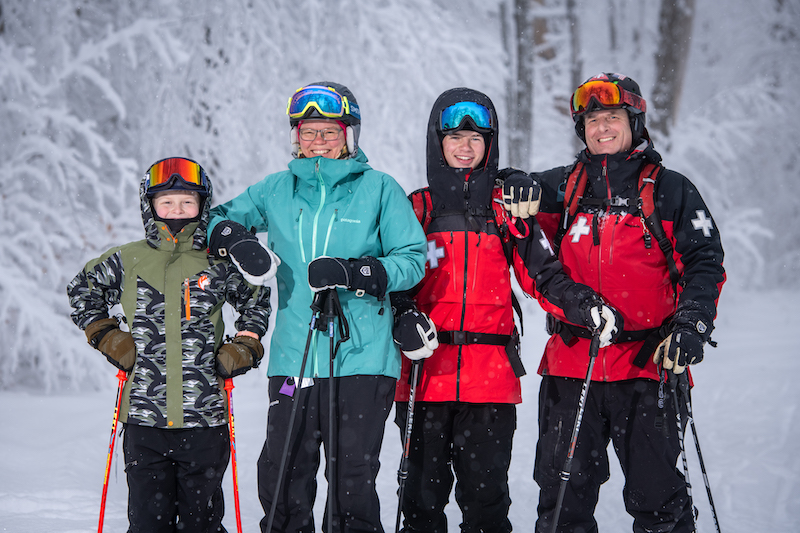