Highlights For This Week

Whiteface Season Passes On Sale Now! Buy Now – and ski the rest of this Spring for FREE

Bigger Adventures, Whiteface has the greatest vertical East of the Rockies. More vertical equals longer runs, less time in lifts, no crowds, and endless fun. Season Passes on sale March 7th. Our Season passes include more days on the mountain, use your 2022/23 pass to ski the rest of this season! https://whiteface.com/tickets-passes/season-passes/

The quarter-final games are set, and the teams that make the trek to the Lake Placid Championship will be named next weekend. Please note: FREE REMOTE PARKING will be available for the ECAC Men’s Hockey Championship. 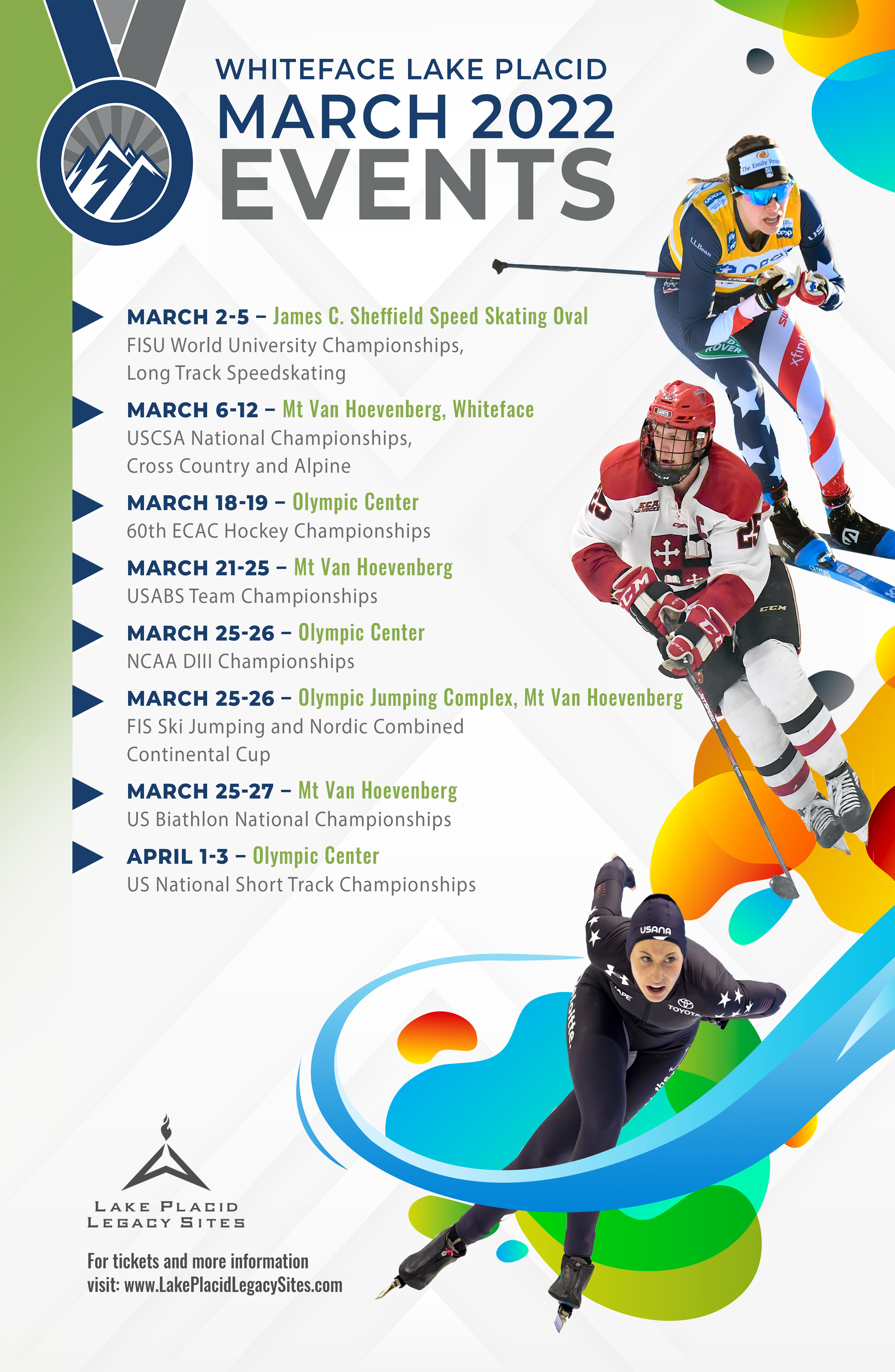